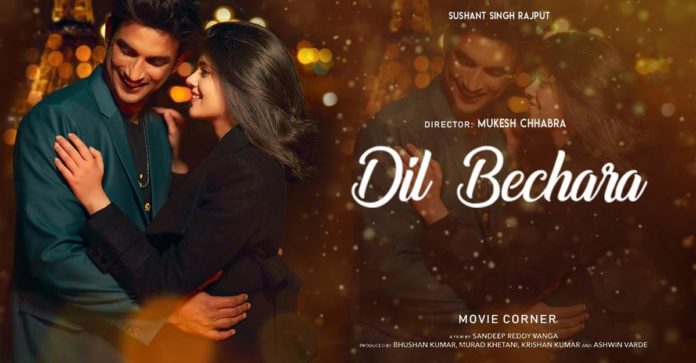 Dil Bechara is the last film of Sushant Singh Rajput released directly on digital platform Disney + Hotstar. Since the last four months theatres have been closed all over the nations due to the ongoing COVID-19 pandemic. The film also stars Sanjana Sanghi is directed by Mukesh Chhabra and produced by Fox Star Studios

Whether Dil Bechara Hit or flop depends on its budget and box office collection. As the film directly released on Disney + Hotstar, its digital, television and music right price will be taken into account. Let’s talk about its budget and profitability.

Dil Bechara is a mid-budget film.  It is made on a budget of approx. 38 Crore. There is no print and advertisement cost as the film directly released on an OTT platform.

All the theatres across the nation have been closed over four months. So there is no screen count for Dil Bechara. As the film directly released on Disney + Hotstar which has more than 300 million subscribers in India. And the movie is available for all paid and free subscribers. It is expected that the movie will be watched by at least 50 million people. However, no official figures has been shared by the Digital Platform.

The film would have been broken many box office records considering its sympathy factors had it been released on theatres. As all theatres have been closed due to the ongoing pandemic, Dil Bechara box office collection will be measured by its digital right selling price.

As per report, digitial rights of Dil Bechara was sold to Disney + Hotstar with an estimated price of Rs. 50 Crore

The estimated budget of the movie is Rs. 38 Crore. Whereas Dil Bechara sold its digital right to Disney + Hotstar with an estimated amount of Rs. 50 Crore. So, the film received a direct profit of Rs. 12 Crore. Besides it, Dil Bechara will get considerable amount by selling it Television and Music rights. So, Dil Bechara, in our view, is considered to be a hit film.

Sushant Singh Rajput’s untimely dealth shocked the nation. Being a outsider he times and again proved himself. The talented actor has kept his mark in the Bollywood and we will cherish it.